Established in 1943, the Warsaw Penny Saver was produced on a mimeograph machine in a garage in the village. The story goes that Ray sold his couch to purchase the paper needed to print the first Penny Saver. The papers were delivered door to door much as they are today. The earliest copy on record of the Warsaw Penny Saver indicates that it was produced at 10 Short Street in Warsaw in Ray's Garage. Through the years, the Penny Saver has had several locations in the Village of Warsaw. Although we are not sure of exact dates we do know that in 1958 the address was 76 Main Street. In 1964 the issue of the Penny Saver on file has a 71 Main Street address. Sometime in the early 70's Ray and Clyde Browne moved the operation to its present location at 72 N. Main Street. Ray was responsible for the design and typesetting department and Clyde's responsibility was printing and production. The Penny Savers were printed on two web offset presses at the Main Street location. Along with printing their own paper, Ray, Clyde, and staff, for a time, printed the LeRoy Penny Saver and the 5 editions of RW Publications (including the Attica Penny Saver). Clyde Browne passed away in 1974. Ray sold the business to his stepdaughter, Karen Kennedy, and her husband, Mike, in 1981. Commercial printing was a natural marriage to the publishing of the Penny Saver. This part of the business, which began in the mid 70's, continues to grow. Three traditional offset presses as well as a high speed digital printing unit are now found producing newsletters, envelopes, posters, brochures and many other printed pieces.

In 1985 Raymond Browne passed away and although he had been retired for over 5 years the Penny Saver mourned a great lost, his scissors still hang on the wall as a tribute to a mainstay of the Penny Saver.

In 1996 Karen and Mike Kennedy's daughters, Colleen Kennedy and Christine Kennedy, purchased the Penny Saver. Chris and Colleen operate the Penny Saver based on the traditions of their parents and grandfather while keeping up with changes in technology, readers and advertisers needs.

In 2005, The Perry Shopper came up for sale. The sisters decided the expansion into that area was a good fit and purchased the Shopper.

Chris and Colleen strive to make the Penny Saver a company and publication that their grandfather, parents and the community can be proud of.

Today the Penny  Saver provides valuable information to the community as it has for the past 74 years. Included in our publication are:

We are affiliated with the Free Community Papers of New York and PaperChain. This adds value and convenience to our services. Through FCPNY we can easily send your ad to any Penny Saver in New York State.

The Warsaw Penny Saver is rated in the top 5% of Penny Savers/Shoppers in the nations!

We are also proud to be a Woman Owned Business. We received our Minority and Women-Owned Business Certification in November 2015. 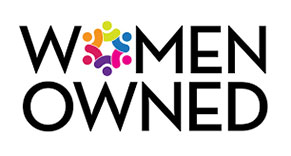